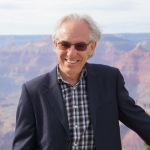 Central Committee Liaison – John Loughlin
The Central Committee is the governing body of the County Democratic Party as defined in the California Government Code and Elections Code. It is comprised of local Democrats elected by voters in each Assembly District, as well as partisan-level Democratic elected officials and nominees. (For more information, see the Bylaws and Policies & Procedures.) It conducts the County Party’s general business, approves its budget, coordinates Democratic campaign activity, and endorses candidates for local offices. Meeting times are listed here.

John graduated in physics from Imperial College, London after exploding unconfined vapor clouds for British Gas. He moved to California in 1993 as head of product R&D at Counterpoint Electronic Systems in Carlsbad. He has managed product development groups in the U.S., UK, Norway, India & South Korea. Developed business partnerships in U.S., EMEA & Asia and managed Sales & Business Development groups in the U.S. He founded his own consultancy business in San Diego in 1996, managing the development of software, hardware & services for global communication, media and consumer electronics companies.

He professes to know something about Technology Prognostication, Information Services, and Progressive Politics. He is a card carrying member of the ACLU, and long time supporter of Amnesty International. For the GO Team he is a Precinct Leader and regional data coordinator for the Central West area. He is a CDP Convention Delegate, and serves on the Central Committee Executive Board as the Director of Clubs (for all of San Diego County).

As well as chairing the club’s endorsement committee Dev co-owns a full service law firm focusing on business and class-action litigation. She was part of the San Diego Leadership Team for Kamala Harris’s U.S. Senate campaign, a Policy Advisor for Barbara Bry’s campaign for San Diego City Council, a Franklin Project Ambassador and a Board member of the Asian Pacific Islanders Public Affairs Association.

GO Team Liaison – Nancy Witt
The Grassroots Organizing Team (GO Team) connects with voters in our community, building better turnout with a personal touch. By walking and talking with voters, we average a 14% increase in Democratic voter turnout in our GO Team covered precincts. Go Team is an outreach operation that works block-by-block, door-by-door, person-to-person. The GO Team welcomes new members in non-election years. Nancy Witt is our Community Coordinator helping to build grassroot support for Democratic values and candidates. She’s recruiting to prepare for the special election this year, and 2014’s local, state, and federal elections. The Go Team provide training, support, and all the materials you’ll need to talk to fellow Democrats or to provide data support. During the months leading up to each election, you’ll be walking/calling with a list of all the endorsed candidates to encourage full-ticket voting. We are glad to have your help. Please email goteam@sddemocrats.org or call (858) 277-3367 to learn more!

Nancy was raised in Wisconsin, the fifth eldest of twelve children. Her mother was a great organizer with boundless energy and Nancy remembers being trained to sell raspberries from their farm, door-to-door to neighbors at the age of six – so her canvassing skills were developed at an early age!

Nancy was one of the first Community Coordinators for the Grass Roots Organizing Team (GO Team) with the vision to build strong and lasting connections with neighbors and friends in each precinct. Nancy has built & nurtured a team of 28 active Precinct Leaders in Point Loma who canvassed in the last election. The GO Team was instrumental in election victories for Democrats in San Diego County in 2012.

Nancy has been a monthly contributor to the DEM Program since it started in 2007. She has been a delegate to 4 state Democratic conventions, and was the San Diego County Democratic Party Volunteer of the Year in 2013. She is happy that her husband Stewart is an active partner in Democratic affairs.

Nancy has also been one of the best recruiters for the club and many of us can thank her personally for introducing us to this group of progressive Democrats that we call the Point Loma Democratic Club.