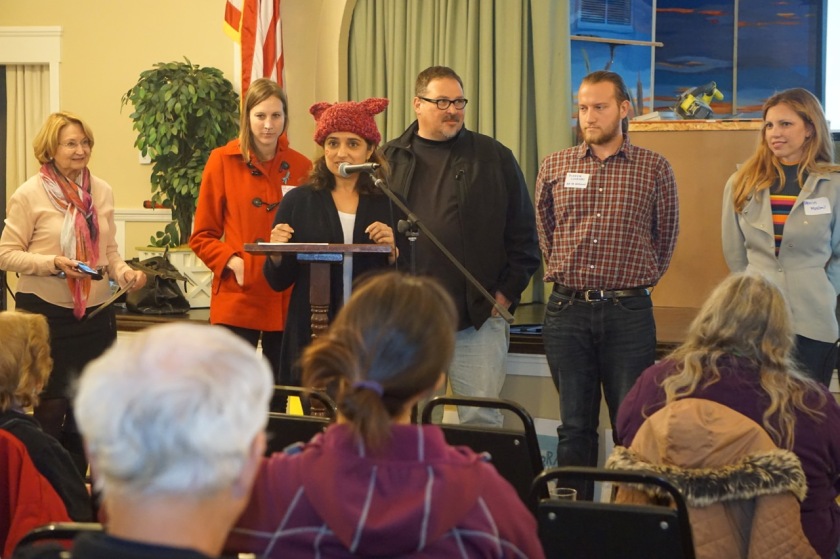 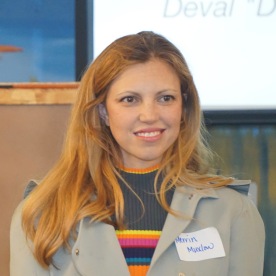 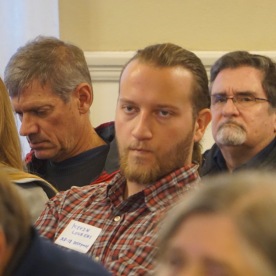 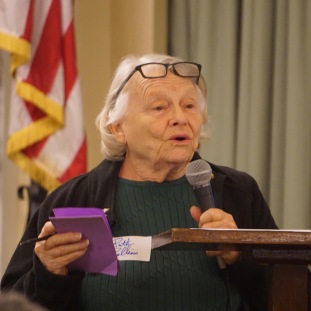 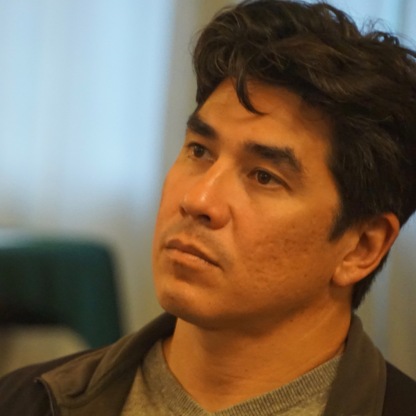 Susan talked about the Women’s March, noting that the news coverage of San Diego’s downtown march, which drew over 40,000 people, was unjustifiably poor. Pictures of the march taken by John Loughlin were shown in the background and some signs from the event were on display.

PROGRAM: My Journey to Liberalism – Confessions of a Former Conservative
Stephen J. Natoli, professor of history at the College of the Sequoias in Visalia and author of “Liberally Speaking: Why Liberalism is Right for America,” spoke about how he’d changed from a conservative to a liberal. He also talked about the need for liberals to communicate more effectively and more often, pointing out that he wrote his book because there were 16 times more books available about conservatism than liberalism. Raised by Republicans to be a good conservative, Natoli was shocked to learn in college that real education wasn’t just about indoctrinating you with “the right answers” but instead about providing you with critical thinking skills so you can come to your own conclusions. He was also profoundly shaken when Nixon’s presidency turned out to be one of disgrace and criminality. He learned that public records of presidential administrations show that the liberal approach to the economy has been the only one that’s actually worked. Statistics show that no Republican administration has been successful, while every Democratic one, except Carter’s, has. Democratic administrations show three times the average rate of growth per year, 20% lower unemployment, more job creation, lower inflation, and lower debt. He also came to realize that liberalism met a wider variety of human needs and led to more peace. In a blunt comparison of the philosophies, Natoli said “Conservatism is the glorification of selfishness, while love and empathy is at the root of liberalism.” Natoli believes that when talking to people about politics, it’s best to meet on common ground by simply asking the question “What is government for?”. He said everyone wants it to exist for their benefit, but not everyone realizes that while improving one’s own life, everyone’s can be improved at the same time. Everyone wants security, but more than just militarism was needed; there were other threats such as disease, disasters, and environmental degradation. Everyone wants freedom and believes in the autonomy of the individual; but to truly believe in freedom, you have to want it for everyone. Also, everyone wants government to be the correct size, but it shouldn’t be arbitrarily small; the size should be whatever size it needs to be.

Q & A:
One of the issues addressed during the Q & A period was the electoral college. Stephen described it as an abomination that needed to be abolished, saying that our country was supposed to be a democracy — that whoever gets the most votes should win. For more on how liberals can get their message across, he suggested the book “Don’t Think Like an Elephant!: Know Your Values and Frame the Debate – The Essential Guide for Progressives” by George Lakoff, a professor of cognitive science and linguistics.

TREASURER’S REPORT:
Jonathan Wubbolding reported that the Holiday Party was attended by 58 people and cleared $1100, which covered the Club’s nine-month rent. He said the Club’s financial disclosures had been filed and its county and state registrations had been renewed, leaving a balance of $7,500. Susan noted that the Club had another $1200 in reserve, was on excellent financial footing, and was building up a war chest for the next election cycle.

NOMINATING COMMITTEE REPORT:
The Club will elect new officers at the next meeting. Ruth Rollins said that so far the candidates were Jonathan Wubbolding for President; Dev Zaveri-Tabb, Vice President; Thena Taylor, Treasurer; Deborah Currier, Secretary, and that nominations would also be taken from the floor if anyone else was interested in stepping up.

Ruth recommended that people read the obituary in today’s paper for Jeremy J. Stone, a mathematician from Carlsbad whose ideas influenced arms control during the Cold War. She read a quote from it that was especially relevant today, “With a free press, if the government does something wrong, it will become known and the government can fix it. But if something goes wrong with a free press, the country will go straight to hell.”

PRESIDENT’S REPORT:
Susan Pienado said that it’d been a pleasure to serve as the Club’s president for the last four years, that it’d been an amazing experience, and that she’d grown enormously. She urged everyone to read the pamphlet “Indivisible: A Practical Guide for Resisting the Trump Agenda,” that was available for free on the internet. She said progressives need to grind government to a halt just like the Tea Party did and suggested that interested Club members form an action group.

ANNOUNCEMENTS:
Anne Hoiberg announced that the Older Woman’s League and the International League for Peace and Freedom will explore the “Indivisible” guide Tuesday at 1:30 at the Women’s Museum of California in Liberty Station.

Brandon McDonald announced that he was taking tamale orders for the Western Service Workers Winter Drive, in time for Super Bowl Sunday.

Ruth Rollins announced that autographed copies of Prof. Natoli’s book would be available for purchase after the meeting.

Susan thanked everyone for coming and invited all to meet afterwards at the Point Break Café at 2743 Shelter Island Drive for Happy Hour.

ADJOURNMENT: The meeting was adjourned at 5:33 PM.