Back in February, and faced with four great candidates for City Attorney, it took multiple rounds of voting for the club to rate all of the candidates acceptable.

At the March meeting faced with the prospect of hearing from five qualified candidates in District 9 clubmembers were prepared for a long drawn out round of voting, but something quite different happened. As well as the District 9 race we also anticipating hearing from two Democrats running for Mayor.

Gregg Robinson, candidate for County Board of Education 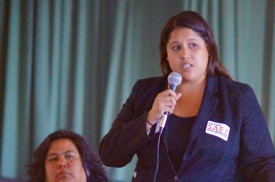 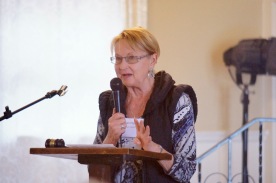 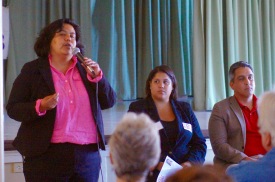 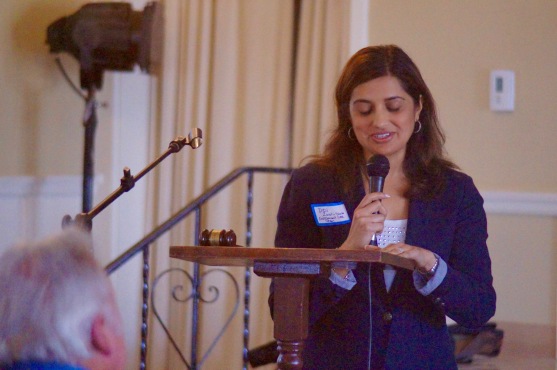 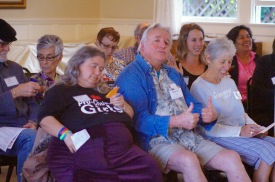 Club President Susan Peinado called the meeting to order at our usual start time of 4pm.

Susan thanked everyone for coming, especially those who brought snacks to share and introduced new members Andrew Lockard, Maureen Roeber and Ray Velasquez.

Susan introduced clubmember Gregg Robinson running for the County Board of Education who spoke about the 22,000 homeless children in San Diego County.

We then heard from a campaigner for The California Healthcare, Research and Prevention Tobacco Tax Act of 2016, that is a $2 tobacco tax initiative endorsed by the party at the State Convention. You can read more details about the proposal here (PDF).

Susan then turned the meeting over to Deval Zaveri-Tabb, Chair of the Endorsement Committee.

Dev explained that we had two candidates in the Mayor’s race eligible for endorsement, Gita Applebaum and Ed Harris. Ed had sent his campaign manager Rollin Bush to speak for him (as he was still at work) and although she’d confirmed she was coming, Gita was a no show.

Rollin spoke to Ed’s background and positions and fielded questions from members. The vote was taken and Ed was ‘overwhelmingly’ endorsed.

Dev explained the procedure we’d follow for the District 9 endorsement and after a little musical chairs the candidates were seated. Although there were five candidates eligible for the club’s endorsement only three candidates were present, in order of seating Georgette Gomez, Sarah Saez and Ricardo Flores. Each of the candidates gave their opening statements and written questions were then collected from the members in good standing.

Each of the candidates then answered questions on short term vacation rentals, their top three priorities, the differences between their candidacies, if they taken monies from the Lincoln Club or the Chamber of Commerce and affordable housing. After closing statements the candidates and their staff then left the room for the members’ discussion.

Sarah Saez was endorsed by the club.

Nancy Witt spoke about the GO Team program for canvassing Democrats and No Party Preference voters in your precinct. You can learn more by contacting Nancy at goteam@pointlomadem.org or (619) 222-7230.

Becca Taylor called on members to do more than just endorsements and to take action by walking for Barbara Bry or signing up to support Ed Harris. You can contact Becca at (850) 206-4043.