Tell Governor Brown: We Deserve the Right to Online Privacy

Technology has come so far in recent years – but our digital privacy laws haven’t kept pace.

They haven’t been updated since the days of floppy disks (remember those??) despite more and more of our personal information being captured on the Internet.

That’s not just crazy – it’s downright dangerous. The good news is, states are taking the lead to protect us, including Texas, Virginia, Maine, and Utah, while legislation continues to move at a snail’s pace through Congress.

California could be the next to pass a law to update its digital privacy laws and stop warrantless searches of our digital information. S.B. 178, the California Electronic Communications Privacy Act, just passed the legislature with overwhelming bipartisan support – but it has one more hurdle to go.

Add your name to call on Governor Brown to sign S.B. 178 into law to bring California’s privacy protection laws into the 21st century.

There’s no better place to make a statement that we need to improve our online privacy protections than California – it’s not just our most populous state, it’s also the home to Google, Facebook, Apple, and many other companies building the technology that drives our modern world.

And we can’t wait any longer: Warrantless digital surveillance is a growing problem that we don’t expect to slow down anytime soon.

Google has seen a 180% jump in government demands for data in the past five years, while Twitter saw a 52% jump this year alone. In addition, Verizon reports that two-thirds of the demands it faced last year had no warrant.

All Americans deserve the right to online privacy – and we have a chance to bring California’s laws into the modern era with the stroke of the Governor’s pen. 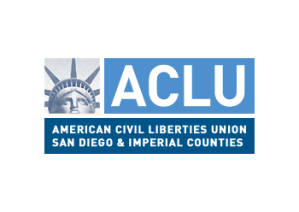 Thanks for taking action,
Anthony for the ACLU Action team