Notes from May Meeting – Sex Trafficking of Minors in San Diego: Why is this problem growing and what can we do to put a stop to this modern day slavery? 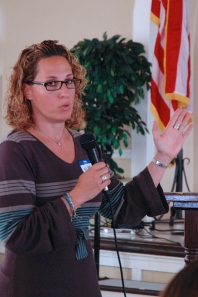 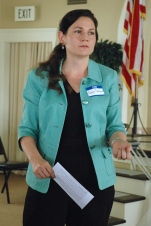 Ms. Serano reported that this problem is proliferating because it runs on a renewable funding source, there is low risk and high yield, it’s incredibly lucrative (i.e. selling a girl multiple times); there is an endless pool of victims; intensive recruiting via social media. San Diego is within sex trafficking circuits that span the nation wherein girls are trafficked across the nation to major events (such as high profile sports games and parties). Backpage.com allows people to post items for sale, and prostitution ads also exist – today alone, there were 6 prostitution ads posted for the Point Loma area. She also noted that pimps ‘brand’ their prostitutes with tattoos. Based on analysis of just one online platform for marketing sex trafficking, it is believed that there are approximately 8,000 local men soliciting sex on a daily basis.

Sergeant Chris Cameron provided an overview on daily experiences of the underage prostitutes and described the traffickers as predators of all races that are motivated by greed and money. He noted that the federal statues that crackdown on illegal transactions have been helpful in prosecuting sex traffickers. He also noted that the sex traffickers use the criminal justice system to recruit additional victims – when an underage prostitute is admitted to a facility for either rehabilitation or incarceration, the pimp sometimes uses manipulation and psychological control to have the prostitute recruit additional workers from the inside. He also encouraged members to request from State, County, and City elected law offices (district and city attorney’s) updates on efforts to increase penalties on sex traffickers.

Ms. Gayle Sollfrank of Generate Hope spoke of mechanisms and services that are provided and needed to address sex trafficking of minors and assist victims. Much of their services integrate education opportunities and instilling in the victims the value of goals. It is a very long process to create a safe environment, build trust, and break the cycle of sex trafficking with the victims. She noted that many of the victims come from the foster care system, and that most runaway children are approached by a trafficker within the first 48 hours of being on the streets. Generate Hope wishes to open a facility and provide services to underage victims – presently their facility is for adults only. 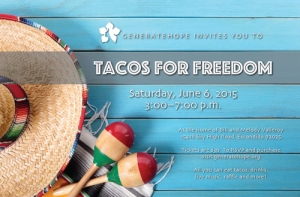 Sarah stated that more facilities and victim services are needed to fight and stop the sex trafficking of minors. Generate Hope is hosting an event “Tacos for Freedom” to raise awareness and funds for victim services on Saturday, June 6th from 3:00-7:00pm in Escondido. Click here for more details.

Program: Organizing For Action: Who We Are and What We Do
Susan welcomed and introduced Linda Slater of OFA. She provided an overview the their grassroots organizing efforts to activate community members and register voters. They hold elected leaders accountable and collaborate with other groups on progressive causes. In 2015, OFA is branching out to underserved communities through their Fulfilling the Promise Initiative and they are doubling training efforts. Their new program includes Campus Organizer, Womans Leaders, and fellowships. Their next big event is Camp OFA – a training for volunteers – at the Malcolm X library on May 30th. They also have a new communications system call “CONNECT” which is a tool to communicate.

Endorsement Policies and Procedures: John updated the members on the status of the draft policy that is being created by club members Dev Zaveri and José Castillo and noted that the policy will be discussed at the club meeting in July and will be distributed electronically before the July meeting.

Upcoming Events and Announcements
    Susan noted that clubmember Anne-Marie Kaukonen will be given an honorary award by the League of Women Voters for 50 years of service.

Clubmember Edith Kaspin noted that she has served with the American Postal Service for 20+ years and informed the membership that the postal workers union is in the midst of negotiating a better contract for postal workers and public services. An investigation on the management of USPS has found that their unfair labor practices have not saved money or reduced costs. Postal workers are encouraging actions of solidarity by signing post cards requesting better service and working conditions.