2015 shows every sign of being a fascinating year for San Diego politics. In his State of the Union speech President Obama laid out talking points on national issues of growing importance to our San Diego communities – Tax Cuts for the Middle Class, Free Community College, Paid Family and Medical Leave, and Fast Internet Access.

The conversations, dialog and agenda that Democrats set during 2015 will help drive the outcome of 2016 elections on both the national and local levels. We can’t control the national discourse but we can, and must, drive the local debate.

For this month’s meeting we welcome local candidates who are setting the debate through their ongoing work with our local institutions and body politic.

Rafael Castellanos
Rafael was sworn in to the Board of Port Commissioners on April 15, 2013, to represent the City of San Diego.

The Port of San Diego was created by the State Legislature to manage San Diego Bay and its surrounding waterfront land on December 18, 1962. It is the fourth largest of the 11 ports in California, and it has invested hundreds of millions of dollars in public improvements in its five member cities – Chula Vista, Coronado, Imperial Beach, National City, and San Diego. The Port oversees two maritime cargo terminals, two cruise ship terminals, 18 public parks, the Harbor Police Department, and the leases of hundreds of tenant and subtenant businesses around San Diego Bay. The Port is an economic engine, an environmental steward of San Diego Bay and the surrounding tidelands, and a provider of community services and public safety. The Port is governed by a seven-member Board of Port Commissioners; one commissioner each is appointed by the city councils of Chula Vista, Coronado, Imperial Beach and National City, and three commissioners are appointed by the San Diego City Council.

A former president of the San Diego La Raza Lawyers Association, Rafael is also an advisor to San Diego Foundation’s Center for Civic Engagement Climate Initiative, and is a director of the San Diego Regional Economic Development Corporation.

Rafael is a partner at Solomon Minton Cardinal Doyle & Smith LLP  where he specializes in commercial real estate and business transactional law. He earned a Juris Doctorate from the University of Chicago Law School as a Cornerstone Scholar graduating in 2002. He is a member of the California State Bar Association, the San Diego County Bar Association, and the Mexican American Business and Professional Association. Rafael was named one of the San Diego Daily Transcript’s Top Young Attorneys in 2008, and in 2011 was named one of San Diego Metro Magazine’s 20 Men Who Impact San Diego.

Rafael is a candidate for San Diego City Attorney 2016. 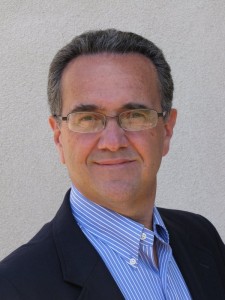 Joe has been a community leader for nearly 15 years and a tireless advocate for neighborhoods at city hall. He is Chair of the San Diego Community Planners Committee, the umbrella organization to the city’s 42 community planning groups. In that capacity he was instrumental in framing and managing the first ever city-wide neighborhood input process on infrastructure priorities as well as securing the first ever reimbursement of planning group expenses. Joe is also Chair of the La Jolla Community Planning Association. Joe has served and led a number of public working groups and committees on policy and infrastructure; including, pedestrian safety, transit, Rose Canyon trail, PureWater, CDBG funding, utility undergrounding, to name a few.

Joe started his career designing public infrastructure in the City of San Diego and at military facilities throughout the southwest. As a consultant he has provided creative problem-solving on community building projects in California, the western United States and internationally in Canada, China and Papua New Guinea.

More recently in 2014, he campaigned for David Alvarez, Sarah Boot, and Carol Kim.

Joe is a sustaining clubmember and a candidate for San Diego City Council District 1 2016.

Update on Belmont Park
Ed Harris will bring us up to date with news on the lease renewal for Belmont Park.

Ed and his family are clubmembers.

Ed was our City Councilmember for District 2 until the end of last year, and is a candidate for the 78th Assembly District 2016

Social Time
Members are encouraged to get together from 3:30pm before the meeting starts, please bring whatever light drinks/snacks that you’d like to share.

After the meeting ends we suggest adjourning to the Point Break Cafe at 2743 Shelter Island Dr to sit outside on the (dog-friendly) deck and continue our progressive conversation. Happy Hour is until 6:30pm.