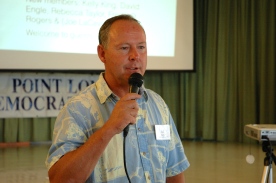 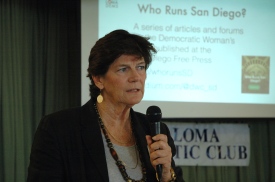 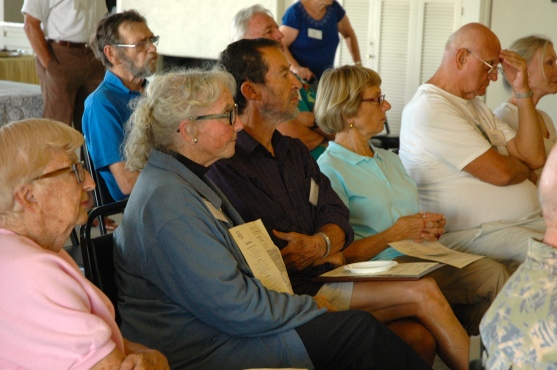 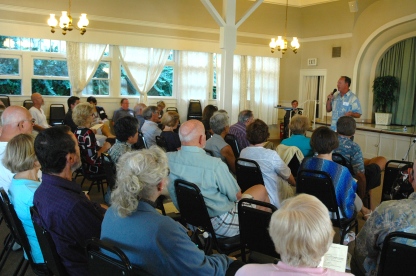 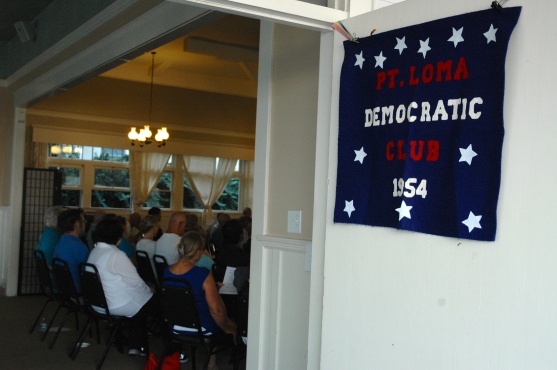 60 years on the Point 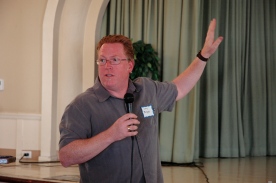 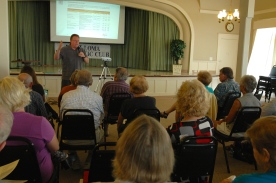 Cory Briggs and aerial photograph of the convention center 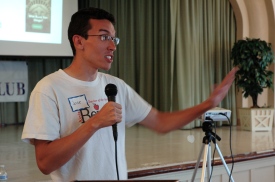 Jose Caballero, campaign manager for Kevin Beiser for School Board 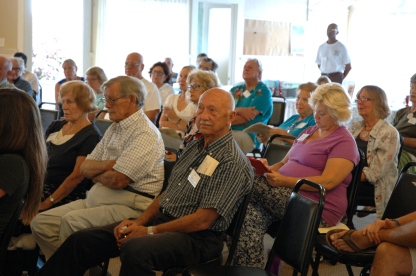 Welcome and Introduction of Elected Officials and Candidates
Susan welcomed and introduced new club members: Judy Collier, Tony Cataldo, Kelly King, David Engel, Becca Taylor, and Joe LaCava (who’s been a member for a while, but somehow missed getting introduced before).

Susan then welcomed and introduced Councilmember (and club member) Ed Harris. Ed provided an overview of his opposition on the renewal leasing package and rates of Belmont Park. He stated that information provided was not consistent in regard to the square footage of the property and the lease rates. For additional details and background information, read this OB rag article. Ed will try to drive the best deal possible for taxpayers.

Next, Susan welcomed and introduced Linda Perine, President of the Democratic Woman’s Club of San Diego County. Linda has also been the force behind the SD Free Press series ‘Who Runs San Diego?’ – a series of articles published by the San Diego Free Press. Ms. Perine provided an overview of her opposition to the expansion of the Convention Center, and the apparent falsities associated with the financing of the project.

Susan Peinado then welcomed and introduced Cory Briggs, a public interest lawyer that holds government accountable to taxpayers. He gave a presentation on TOT (Transitory Occupancy Tax) & TMD (Tourism Marketing District) with a focus of ‘Transferring Public Money to Private Hands.’ He stated “this is all incest with the hoteliers running everything!” His presentation slides are available here.

Tim Hanna, club member, gave an overview of Scott Peter’s campaign, and encouraged all members to volunteer for a phone bank.

Treasurer’s Report – Barbara Houlton
Ms. Houlton reported the’s club current balance and that we did very well on the BBQ after raising the entry price.

Ms. Peinado reported that members of the Executive Committee attended a training by the Democratic County Party on the duties of the Club Treasurer.

New Business
VOTE! California Democratic Party Endorsements are on our website – please print and share them with your friends: pointlomadem.org/endorsements