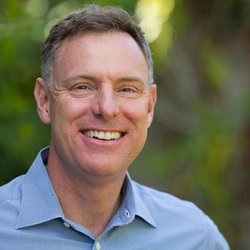 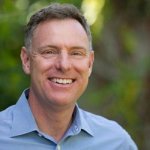 Scott Peters – Congressional District 52
Scott Peters and his exemplary staff have worked hard for all of his constituents over the last 18 months in Congress. Despite the obstructionist elements Scott has stuck to his goals of forging bi-partisan agreements whenever he can. He has been a tireless advocate for continuing inward investment to the San Diego region especially in technological industries, in the face of some of the worst (sequestration led) cuts in memory.

Join us to listen to Scott, and to learn how to help his re-election campaign against his well-funded opponent.

Bob Brewer – running for District Attorney
Bob was raised in Ithaca, NY and attended St. Lawrence University. Upon his graduation, he was commissioned a Second Lieutenant in the US Army Infantry Branch, successfully completing Ranger and Airborne training. He served in Vietnam for 13 months as an Advisor to the Vietnamese Airborne Division in combat in both Cambodia and South Vietnam. For his combat service, he was awarded the Silver Star, 2 Bronze Stars, 2 Air medals, the Joint Service Commendation Medal, and various Vietnamese medals for valor.

Upon returning to the United States, Bob attended the University of San Diego School of Law. Because the SD County District Attorney’s Office was in a hiring freeze, Bob accepted an offer to be a Deputy District Attorney in Los Angeles County. He served as a DDA in Los Angeles for 2 ½ years before becoming an Assistant United States Attorney in Los Angeles for 4 ½ years. While an AUSA, he was responsible for trying several of the most high profile cases in the country at the time. One of his trials was the successful prosecution of Polish spy Marion Zacharski who after his conviction was traded for 23 Western spies.

Bob returned to San Diego in 1982. In 1984 he married Irma Gonzalez who in 1992 became the first Mexican-American female federal judge in United States history, appointed by President George H. W. Bush. While in San Diego, Bob founded his own law firm, and eventually was the managing partner for the San Diego offices of two international law firms.

Bryon L Garner – talking on Propositions 41 & 42
A native of Gary, IN, Bryon L. Garner has lived and served the community here in San Diego CA for the past 30 years. Bryon moved to San Diego in 1984 to attend boot camp at the Naval Training Center (NTC) in June 1984 and was a proud serving member of the US Navy and a veteran of Operations DESERT SHIELD and DESERT STORM in 1990 and 1991.

After his naval career, Bryon lived and worked in the San Diego community attending San Diego Mesa College and graduating from California State University San Marcos with a Bachelor of Arts in History. During his academic career, Bryon served as President of the Black Student Union at San Diego Mesa College and participated in protests in Sacramento and San Diego against fees hikes for community college students. Bryon has a long history of volunteerism in the San Diego community that has ranged from being an academic advisor and football coach to supporting local political campaigns. Most recently, he served as Chair of the Governance Board at Nubia Leadership Academy Charter School.

An advocate for veterans, homeless, and mental illness, Bryon currently serves as a prospective member of the Citizen’s Review Board on Police Practices; serves on an advisory team for the International Bipolar Foundation and is a Veteran Service Officer at the California Department of Veteran Affairs. In June of this year, Bryon will graduate from LEAD San Diego’s 2014 IMPACT San Diego program, which develops emerging leaders in San Diego’s community. Bryon is also completing his Juris Doctor degree with Concord Law School and plans to continue his service in the San Diego community.

Dianne Lane – Pro Point Loma
The San Diego Unified School District is on a fast track to commercialize the Point Loma High School football stadium. School board trustee Scott Barnett has said he wants it rented 24/7. Dianne Lane is a member of Pro Point Loma, a community group committed to resisting the installation of permanent night lights and increasing stadium rentals. She will explain what is planned, how it will adversely affect the community, and what residents can do to push back against the school district’s agenda to commercialize PLHS.

Marilee McLean – Grassroots Organizing Team
Marilee will talk about the status of GO Team events in Point Loma, and Ocean, Mission and Pacific Beaches. Even if you don’t want to canvass, how about doing a literature drop in your neighborhood, or just your local development? Also if you’re too busy now think about getting trained to help out in the General election in November.

Social Time
Members are encouraged to get together from 3:30pm before the meeting starts, please bring whatever light drinks/snacks that you’d like to share.

After the meeting ends we suggest adjourning to the Point Break Cafe at 2743 Shelter Island Dr to sit outside on the (dog-friendly) deck and continue our progressive conversations. Their Happy Hour is until 6:30pm.