Apr 7 – Who Will Represent Our District 2 for the Rest of This Year?

On Monday the San Diego City Council will interview the applicants for the interim position to represent District 2 for the remainder of this year. They will then vote on who to add to the Council. (On Kevin Faulconer being elected Mayor the seat became vacant, and as he had less than one year remaining of his term the Council gets to appoint his replacement.)

The San Diego City Clerk’s office has qualified twenty applicants (the latest just last Friday). Five of the candidates are members of the club. If you want to show support for your preferred candidate write to the Council members (their Email addresses are here) and/or be sure to get down to City Hall on Monday to wave a banner, and vocalize!

There will be several important votes before the Council this year: on raising the minimum wage, infrastructure bonds, and the homeless. The Council is looking for somebody who can “hit the ground running” and who they can “get along with”, in other words somebody familiar with how the Council operates and who can make and sustain reasonable arguments over policy. All of our members are well qualified with differing skills and experience. Click on their links below to read more.

Although we failed to get David Alvarez elected in the Special Election we can continue to support a progressive agenda by supporting our candidates for this position and by electing Sarah Boot on June 3rd. 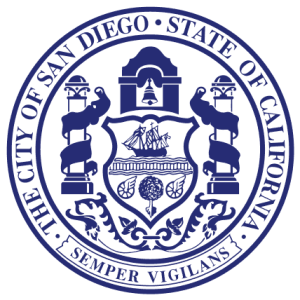