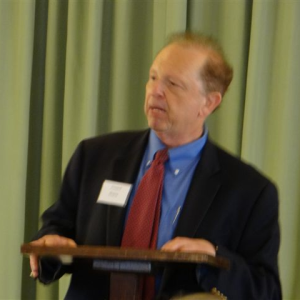 These are critical times for the City of San Diego and the experience, achievements and work history of Howard Wayne make him the best candidate for the appointment to the council seat vacated by Kevin Faulconer’s election to mayor.

Howard’s background as a career prosecutor in the California Attorney’s General Office brings the skills needed for a no-nonsense approach to represent the communities of Pacific Beach, Mission Beach, Ocean Beach, Point Loma, and Midway.

What these communities need now is a hard-working representative experienced in consensus-building, a firm grasp of the difference between right and wrong and local roots that date back over 60 years.

Howard has the advantage of legislative experience and can hit the ground rounding to represent District 2. He’s not a novice who will need time to learn on the job.

What Howard is not is a ladder-climbing insider or an ambitious outsider seeking to make a quick name through opportunism. Howard has long dedicated himself to San Diego and is intimately familiar with the communities in District 2 as he represented them when he was a state legislator.

What would Howard bring to the table as your representative?

Howard is a Deputy Attorney General who has argued half a dozen cases in the California Supreme Court and was recently recognized in San Diego Magazine as one of our best lawyers.

There is no lawyer currently on the San Diego City Council. As presently constituted, when the city council conducts closed sessions to deal with litigation, personnel matters and other important city matters it is City Attorney Jan Goldsmith talking to council members who are non-lawyers.

If Goldsmith wrongly claims the council has to follow the law as he sees it, only Howard would be able to engage him on even ground. Howard’s experience includes arguing cases before the California Supreme Court, and training and educating young lawyers.

As a legislator Howard wrote the first law in the country to require regular testing of beach waters to protect the public health, and followed it with money to clean-up run-off. He will emphasize protecting our beaches and coast. This is not just a promise, it’s his legislative legacy.

Howard has prosecuted violent street crime and sophisticated consumer fraud. The California District Attorneys Association recognized him for his “tenacious and support of public safety.” As our council member he will fight to keep our neighborhoods safe.

The interim appointment is not a caretaker position. With issues such as increasing the minimum wage, the climate action plan, the need to repair our streets and sidewalks with a large infrastructure bond, and a new mayor who is on the wrong side on these issues, we need a council member who can hit the ground running. Howard is the obvious choice.