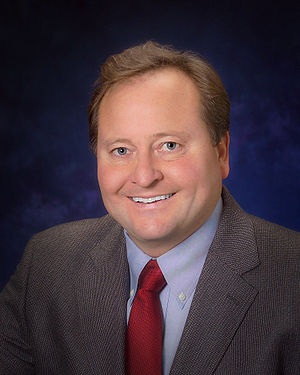 Former Montana Gov. Brian Schweitzer has pledged his support for single-payer health care in the past, but his recent efforts to bring zero-cost sharing primary and preventive care to Montana government employees and retirees may be doing something that most progressives would only dream could happen in America: bringing NHS-style, socialized medicine to Montana.

This is a big deal and — while currently limited to state employees and retirees — could be laying the groundwork for America’s most socially-just health care system. NPR has the details:

A year ago, Montana opened the nation’s first clinic for free primary healthcare services to its state government employees. The Helena, Mont., clinic was pitched as a way to improve overall employee health, but the idea has faced its fair share of political opposition.

A year later, the state says the clinic is already saving money.

Pamela Weitz, a 61-year-old state library technician, was skeptical about the place at first.

“I thought it was just the goofiest idea, but you know, it’s really good,” she says. In the last year, she’s been there for checkups, blood tests and flu shots. She doesn’t have to go; she still has her normal health insurance provided by the state. But at the clinic, she has no co-pays, no deductibles. It’s free.

That’s the case for the Helena area’s 11,000 state workers and their dependents. With an appointment, patients wait just a couple minutes to see a doctor. Visitation is more than 75 percent higher than initial estimates.

Yup, nobody is forced to visit this publicly-financed clinic run by a private operator. If they wish, they can take their big-profit, private health insurance and head to any doctor they want, but folks are recognizing that this, err… public option, provides better care. And, when patients do make this choice, both the state and patients save money.

The state contracts with a private company to run the facility and pays for everything — wages of the staff, total costs of all the visits. Those are all new expenses, and they all come from the budget for state employee healthcare.

Even so, division manager Russ Hill says it’s actually costing the state $1,500,000 less for healthcare than before the clinic opened.

“Because there’s no markup, our cost per visit is lower than in a private fee-for-service environment,” Hill says.

Physicians are paid by the hour, not by the number of procedures they prescribe like many in the private sector. The state is able to buy supplies at lower prices.

Bottom line: a patient’s visit to the employee health clinic costs the state about half what it would cost if that patient went to a private doctor. And because it’s free to patients, hundreds of people have come in who had not seen a doctor for at least two years.

Take a second and let the words above sink in real deep. There you have exactly why the UK, Canada, Australia, Italy, Costa Rica, Cuba and other first-world — and third-world — countries are able to secure better health care outcomes than the United States with dramatically lower health care spending. Imagine what — let’s call it the Montana model — could do for our national debt. And, you know, even more importantly, the health of our people and the wellbeing of our medical professionals.

Hill says the facility is catching a lot, including 600 people who have diabetes, 1,300 people with high cholesterol, 1,600 people with high blood pressure and 2,600 patients diagnosed as obese. Treating these conditions early could avoid heart attacks, amputations, or other expensive hospital visits down the line, saving the state more money.

Again, common sense that’s not too common in these United States — with the exception of Montana — at the moment. High-deductible garbage plans — promoted by big wigs at Aetna and Cigna who want patients to have more ‘skin in the game’ — lead patients to delay putting off that chest pain until it becomes a heart attack…and open-heart surgery. When doctors aren’t dealing with private health insurer bureaucracy and any sort of medical billing, the entire resources of the practice go towards taking care of human beings. When doctors are salaried instead of operating with a fee-for-service model, they emphasize quality over quantity. This is how medicine works in the UK, Canada and many other countries where protecting the wealth of hospital and insurance company CEOs is not the primary goal of the health care system.

Even Republicans — who, you know, are naturally predisposed to hate the idea of patients seeing doctors without cost-sharing — have a tough time faulting the new clinics.

“For goodness sakes, of course the employees and the retirees like it, it’s free,” says Republican State Sen. Dave Lewis.

Now, Lewis is a retired state employee himself. He says, personally, he does like going there, too.

“They’re wonderful people, they do a great job, but as a legislator, I wonder how in the heck we can pay for it very long,” Lewis says.

Well, Mr. Republican, they’re saving the state millions — you just won’t admit it, but at least you admit you love the socialized medicine.

What’s most exciting about these clinics? More are on the way.

Montana recently opened a second state employee health clinic in Billings, the state’s largest city. Others are in the works.

And best of all? Schweitzer went right around the backs of Republicans to set up these life- and money-saving clinics. That’s bold, progressive leadership. Let’s do our best to spread the news far and wide about how the “Montana model” is proving what much of the rest of the world already knows: the ideal primary health care system should be free at point of use.

james321 posted on the Daily Kos