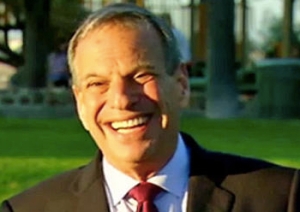 What is in our best interests?

With the debate raging around us, it’s hard to figure out a logical position on this civic mess the Mayor is in. Two high profile progressive activists – whom I personally have very high regard for and who have very high regard for each other – sat down virtually last week to express very different points of view, which generally represent the range of views of the women in their very tight group of progressive activists.

As a member of several women’s organizations, I along with many other women have agonized over the issue of whether or not to urge Mayor Bob Filner to resign. On the one hand, he has supported and promoted women’s issues and civil rights for the past 50 years. His voting record in the U.S. House of Representatives has consistently been 100% in support of legislation important to women and children. During the past seven months, Mayor Filner has encouraged a closer relationship with Mexico, established pedestrians’ rights in Balboa Park’s Plaza de Panama, strengthened a sense of community in San Diego neighborhoods, pursued economically stringent principles for disbursement of general funds, and supported increased public safety efforts.

We also are aware that Mayor Filner’s resignation could result in a return of our City’s governance to the usual “downtown players,” thereby losing an elected leader who promised to bring forth a progressive agenda. We are fearful of such a reversal. Also at issue is the outcome of previous elections, recalls, and resignations, all detrimental to women: the Jim Bates loss to Duke Cunningham, the recall of Gray Davis to Arnold Schwarzenegger, Dick Murphy’s resignation and Donna Frye’s loss to Jerry Sanders.

On the other hand, Mayor Filner has behaved in a deplorable way to far too many women employees, colleagues, and constituents. He has betrayed our trust in him, and his behavior cannot be forgiven.

He has apologized to all of us, especially to those he has victimized. He publicly stated twice that he has a problem and is currently seeking therapeutic help during a two-week period. Can we women give Mayor Filner a chance to redeem himself, to show that he will keep his word and change? We women are faced with having to decide whether Mayor Filner’s resignation is in our own best interests. To give him a final opportunity for redemption is a better option for us than to urge publicly his resignation at this time.

There is no denying that the special interests have come in for the kill. I will even concede that they had this planned. But to say this is all about greed oversimplifies our current situation and gives us an excuse to do nothing – to remain paralyzed with fear and helplessness ­­­- just what the downtown elite want.

But that doesn’t undo the fact that it was Bob Filner who blew it – and that his behavior is unacceptable and that he is no longer capable of running our city. There is no way to put that cat back in the bag.

And it doesn’t undo the fact that supporters and staff begged him to change his behavior and if he had listened to them, maybe this could have been averted.

And that Filner is not going to fix a serious personality disorder with two weeks of therapy.

And that this is tearing our progressive community apart and the longer Filner remains in office the worse it gets.

And that the REAL culprits in this nightmare are NOT the Republicans who waited like alligators on the shore for the right moment to snatch their prize (That’s what alligators do, so why act surprised?), but the Democrats who knew this was a problem and set him up as a target anyway because in their mindset, it’s all about winning, not integrity.

And they expected that the women being harassed and the staff being verbally abused would put aside their rights for the sake of advancing the common good.

Hey, if you know me, you know I’m always open to the possibility of a conspiracy. But here’s the lay of the land: If we continue to cry “foul” about how this game has been played up until now, we are going to end up with exactly the scenario we fear. We MUST turn this around, and the first thing we need to happen is to unite in calling for Bob to step down and replacing him with someone who is as congruent with our values as possible in their personal and public life. And then work like hell to put them in City Hall. Do it different. Be outrageously different. Be ethically strategic. Be congruent. Be fearless and passionate and unstoppable.

The longer Bob waits to step down, the more fractured our community becomes, and the less chance we have of pulling together the people we need to make something wonderful happen. If he is really, at least politically, the man we all thought we voted for, he will put aside his ego and personal agenda and step down. We can’t do anything until he resigns. His resignation opens the door for us to get to work and removes the thing that is dividing us now.

Do we continue to feel used and betrayed, or do we get to work on turning this awful situation around? Do we stay in an abusive relationship just because the abuser has promised to never hurt us again or do we move on, even though the future looks scary and difficult? I never thought I’d have to make that choice again – but I sure do recognize the pattern.