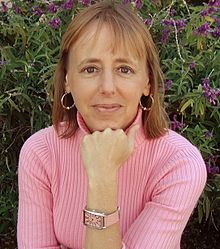 On Thursday August 15, from 4-6pm, join with Medea and the San Diego Veterans for Peace for the one year anniversary of anti-drone protests at General Atomics in Poway. Meet at Scripps Poway Parkway and Stowe Drive, Poway.

On Friday, August 16, at 7pm, Medea will be providing updates on her recent Yemen trip (including drones and Guantanamo), explaining the changes in US policy in recent months, talking about plans for the upcoming DC Drones Summit, and also describing recent developments at the UN regarding drones. The forum will be held at the Church of the Brethren, 3850 Westgate Place, San Diego 92105.  Admission is free, but donations will be gratefully accepted.

Medea Benjamin is a co-founder of both CODEPINK and the international human rights organization Global Exchange. She has been an advocate for social justice for more than 30 years. Described as “one of America’s most committed — and most effective — fighters for human rights” by New York Newsday, and called “one of the high profile leaders of the peace movement” by the Los Angeles Times, Medea has distinguished herself as an eloquent and energetic figure in the progressive movement.

In 2005 she was one of 1,000 exemplary women from 140 countries nominated to receive the Nobel Peace Prize on behalf of the millions of women who do the essential work of peace worldwide. In 2010 she received the Martin Luther King, Jr. Peace Prize from the Fellowship of Reconciliation.

Medea has traveled recently to Yemen, Pakistan, Gaza, as well as Tunisia, where she attended the World Social Forum. She is theauthor of several books, most recently Drone Warfare: Killing by Remote Control. And we shouldn’t overlook her gifts for speaking truth to power, as shown in video of her confronting Obama at the National Defense University in May, 2013.

Medea’s visit to San Diego is cosponsored by the San Diego Coalition for Peace and Justice, the San Diego Peace Resource Center, and the San Diego Veterans for Peace. Join with us on August 15 and 16 to support the continuing work for peace and justice.