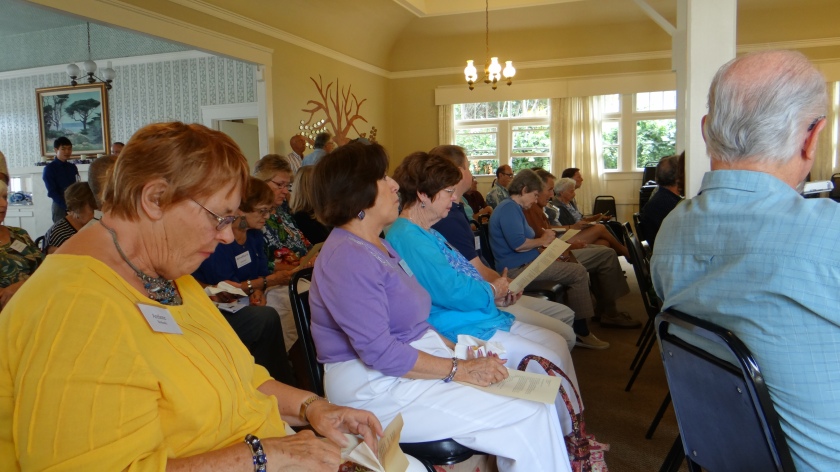 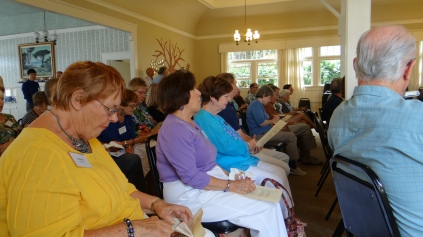 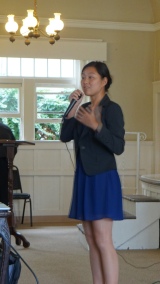 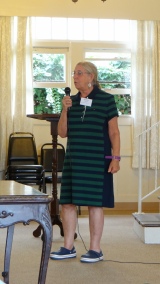 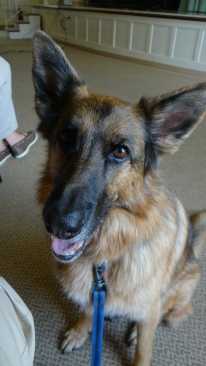 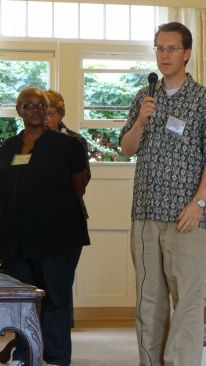 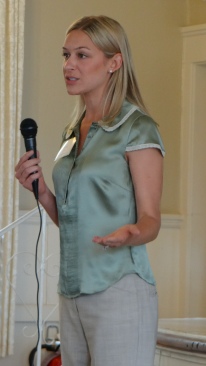 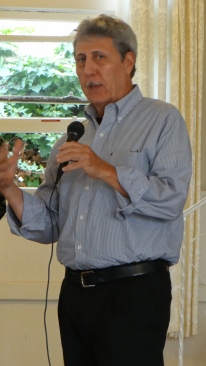 James H. Kimber announced that he is running for California’s 50th Congressional District against Duncan Hunter.  James is a 20 year Veteran of the U.S. Navy and graduate of the Stanford School of Medicine Physician Assistant Program. He currently practices Neurosurgery in Escondido, California.

The first speaker was Zuhair Al-Jezairy, an Iraqi journalist, currently editor in chief of Aswat al-Iraq news agency and part of the Iraqi Journalist Union, the previous editor in chief of the daily Arabic newspaper Al Mahda. He has also written publications and has worked on various documentaries. Since 1968, he has worked as a journalist in Baghdad, Beirut and London. Zuhair lives in Iraq, where he manages the country’s first independent news agency, Voice of Iraq. He has published nine books, including two novels, in Arabic. His account of returning to Iraq after 25 years in exile is called “The Devil You Don’t Know: Going Back to Iraq“.

Robert DeVries reported on the Central Committee meeting held on Thursday, July 25. He read the official statement from the County Party and announced he supported Filner.

The main speaker was Miranda Ko, of the Climate Reality Project, she gave a wonderful talk that many members commented was one of the best presentations given at the club.

The President reported on possibly partnering with the Women’s Museum for movie nights as a fundraiser for the Museum. Anne Hoiberg reported on updated Museum information from Friday, July 26. Susan also reported that Gail Mackler had resigned as Assistant Treasurer for the club.

Dues were paid by 5 new members, bringing the total membership to 105, which includes 2 Honorary members, 6 Sustaining members and 5 Patrons. There were 57 in attendance at the meeting.

Under Old Business, it was moved by Jane Gawronski, seconded by Les Williamson that we continue with our lease at the Point Loma Assembly Building. The motion passed unanimously.

John announced that the club can now process credit cards. So if you bring friends to the BBQ in August they can pay the entrance fee by credit card, and we can also process cards on the website for memberships.

Bob and Mike reported on the success of the OB Street Fair.

Barbara Houlton spoke about efforts to get more members trained on how to post online responses and comments to local news sources. Barbara has prepared a simple, one-page guide for Posting Comments to News Items and asked members to contact her directly if they’d like help or training.

Brandon McDonald and Othree Hendrix from the Western Service Workers Association told us about their victory against rate increases from SDG&E, appealed for volunteers, and reminded us to bring Back to School supplies to the BBQ in August. Brandon serves as their Operations Manager, and Othree as their mail-out coordinator.

Sarah Boot announced she is running for San Diego City Council District 2. Sarah will be stepping down from her position as Assistant United States Attorney, Criminal Division at United States Attorney’s Office in 2 weeks time (to comply with the Hatch Act). As a general prosecutor she has worked on local cases of sex trafficking, narcotics trafficking, and many other crimes. She was until recently President of the Lawyers Club. She has previous experience working on campaigns and was an associate lawyer at Cooley LLP, where she represented Internet and technology companies, including eBay, Google and the Salk Institute.

Frank Capri spoke about his new documentary “I Refuse to Kill”, that features the actor Richard Dreyfus. He is looking to raise funds for this project. More details on his website frankcapri.com

The meeting adjourned to the Point Break Café. Many members there expressed support for Mayor Filner.