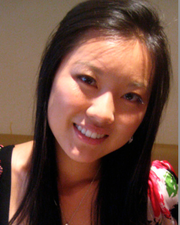 The Climate Reality Project, founded and chaired by former Vice President and Nobel Laureate Al Gore, is dedicated to unleashing a global cultural movement demanding action on the climate crisis.

Despite overwhelming international scientific consensus on climate change, the global community still lacks the resolve to implement
meaningful solutions. Al Gore has personally trained over 4,000 presenters worldwide to deliver presentations in schools, homes, places of worship, businesses and government forums. These presentations both educate people about climate change, and build local networks of climate activists who work in their own communities and countries demanding solutions.

One of these trained presenters, Miranda Ko, is one of the youngest at the organization and serves as the current Assistant District Manager for Southern California. She currently attends University of California, San Diego and works at IGPP. Miranda will also be using this seminar opportunity to recruit the next climate leaders on behalf of Al Gore, so if you are interested please attend this seminar.

Miranda Ko was born and raised in Hong Kong, and attended school in Tokyo before coming to California. One of the youngest trained presenter under Al Gore, Miranda has already worked at Sanyo, Clinton Global Initiative University, and Scripps Institution of Oceanography at UCSD. Miranda currently attends the University of California, San Diego under a full scholarship. She studied at Stanford University.

Besides the environment, Miranda turns to her second passion, television and print. Having to have appeared in Women’s Health, Brides Magazine, Sears, Intel, Party City, Northface, Adidas – Miranda is a top model and news personalty whose work has aired in Hong Kong, Japan, California, and New York. Today Miranda travels exclusively with Nintendo Gaming to their largest Press Events, such as E3 and Comic Con. Miranda speaks four languages: Mandarin, Cantonese, Japanese, and English.

In 2011, Miranda was awarded Green Goddess by Women’s Health Magazine for her work with Al Gore and The Climate Reality Project, working as the Assistant District Manager for Southern California. In 2012, she was awarded Climate Queen by the California Center for Sustainable Energy. She taught a course at the University of California, San Diego on Presentation Skills and Personal Branding.

Miranda now lives in San Diego, CA. She works as a Seismic Data Analyst at the Scripps Institution of Oceanography. In 2013, she was awarded the Outstanding Student Paper Award by the American Geophysical Union for her research.

Social Time Members are encouraged to get together from 3:30pm before the meeting starts, please bring whatever light drinks/snacks that you’d like to share. After the meeting ends everyone is invited to adjourn to locally-owned nearby venues such as The Living Room Cafe 1018 Rosecrans Street, The Wine Pub 2907 Shelter Island Dr, or the Point Break Cafe at 2743 Shelter Island Dr, to continue progressive conversations.