Dr Gin’s Economic Outlook for San Diego, and a Packed Agenda at May 2013 Meeting

Here’s a writeup of the May 2013 meeting, and it’s not the only one. Recently renewed member Judi Curry has a great writeup on the OB Rag.

Dr Alan Gin provided a comprehensive overview of the national and local economic outlook. (Download Dr Gin’s Point Loma DC presentation slides.) San Diego lost over 70,000 jobs in the recent downturn, with construction hit particularly hard. The last 12 months has seen 30,000 new jobs created and we’re on track to add a similar number this year, but many of these jobs are low-paid. Six of the ten main categories of jobs in the region have salaries of around $20,000 per year! The most telling chart showed that although productivity of workers has increased steadily over the last 10 years this has not led to an increase in wages for the 99%, but profits have gone to tremendous growth of income for the top 1%.

Ryan Trabuco, President of the Clairemont Town Council, introduced himself (more details here) and thanked the club for recently welcoming him to the Democratic Party!

Susan Peinado informed us of the passing of Frances Moan, and invited members to provide a few words of appreciation. Anne Hoiberg, Sylvia Southerland and Bob Wilberg all spoke of Frances’ generosity towards the club, and local opera company.

Ruth Rollins gave the treasurer’s report. We now have 91 members, and a third of those attended the recent Eleanor and Franklin Roosevelt Gala Dinner. Ruth praised the participation of club members in a variety of activities, and also introduced our latest club member Sarah Boot. Ruth explained the details of our renewed lease for the Assembly and how we must insure that we wrap up meetings promptly, to vacate the building on time.

John Hartley, coordinator for the Clean Elections Campaign, spoke about the drive to get a clean elections for San Diego on the 2016 ballot and you can read more details by contacting John at (619) 299 8870 or hartley2k@aol.com or on his website sdcleanelections.org

Rhoda Quate drew our attention to an Immigration Reform Rally & March, taking place on May 30 at County Hall, more details of speakers here and at SanDiego-ofa.com

Bob Wilberg appealed for volunteers for the club’s booth at the OB Street Fair on June 22. Email Bob, or Mike Johnson.

Lori Saldaña and attorney Malinda Dickerson talked about working with the SierraClub to lobby county supervisors to stop delaying, by spending unnecessary taxpayer dollars on lawsuits, implementation of AB32, The Greenhouse Reduction Act of 2006.

As a club, we are focusing in the Fall on Covered California. Please refer to the Affordable Health Insurance Covered California website: http://www.coveredca.com. This would be a perfect outreach service to our community. Anyone interested in forming an action committee?

From the floor, Phillip Manson proposed (and it was quickly seconded) that the club send a letter of thanks to Mayor Filner for the work that he has done to help Myrtle Cole and Lorena Gonzalez get elected to the City Council and State Assembly. Phil agreed to write Letter to Bob Filner May 21 2013 (PDF) – and later wrote it at Social Time after the meeting! 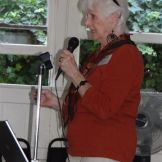 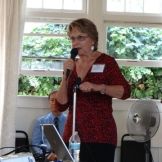 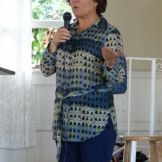 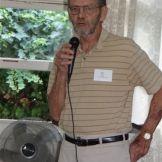 The meeting was adjourned at 5:30pm and Dr Gin joined us for Social Time after the meeting to continue a discussion of the local economy.

Attendance: 45 members and guests. Many thanks to everyone for a great meeting.