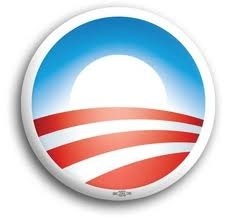 Tuesday 4/9/13 12:00-1:00pm
Solid community leaders as speakers as well as average folks with stories to tell.

Parking
Horton Plaza ($10) with validation
There are also parking lots at:
Front Street between Broadway & C St
Union Street between A & B St
State Street at C St

This is one of 80 events being staged around the country by grassroots OFA teams.
We look forward to our combined success and will share any news coverage with the national OFA team for broader distribution.

We the People
Are a Nation of Immigrants and of Laws

America’s immigration system is broken. Leaders from business, labor, faith communities, law enforcement, and government are coming together to say:
We Can Fix This!

Reforming our Legal Immigration System Strengthens Our Economy and Competitive Edge
• From 2006 – 2012, 25% of engineering and tech companies had at least one foreign-born founder. In Silicon Valley, it was nearly half of start-ups.
• Immigrant-owned firms generate an estimated $775 billion in annual revenue.
• 40% of Fortune 500 companies were started by immigrants or children of immigrants.
Granting undocumented immigrants immediate citizenship would add $1.4 trillion to economic growth
• Immigrants are twice as likely as native-born Americans to start businesses. And statistics show that most job growth comes from small businesses.

Now is the Time to Reform Immigration and Require Responsibility from Everyone
The President’s four-part plan:
• Continue to strengthen borders
• Streamline the legal immigration system for families, workers and employers
• Crack down on companies that hire undocumented workers
• Hold undocumented immigrants accountable before they can earn citizenship (pay their taxes and a penalty, move to the back of the line, learn English, pass background checks